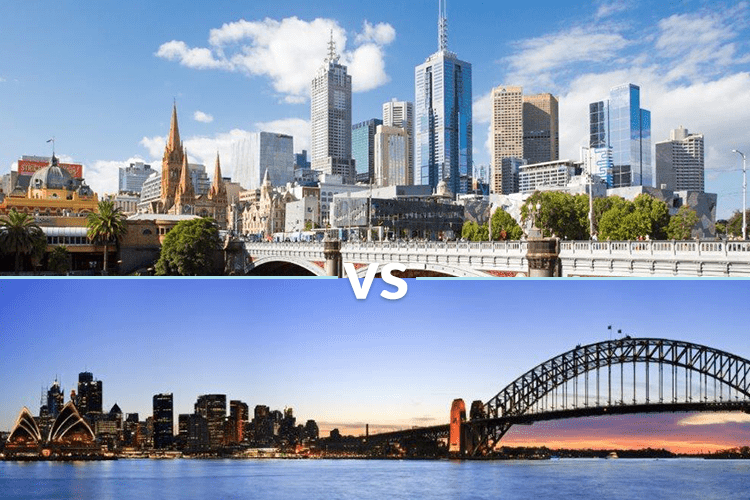 Looking for the best Uni to study abroad in Australia? Here’s what you need to consider before making the big move!

First things first - your number one priority should be the University you are studying at. You want to pick a Uni that will host your degree and holds similar subjects to what you need to complete in your degree. This is super hard to work out, so the sooner you pick the Uni, the better.

Australia is a very popular destination for students and tourists because of the beautiful beaches and overwhelming landscapes that we have here. There’s a few things you should consider when comparing Sydney and Melbourne - lifestyle, culture, weather, cost of living and transportation.

First up, let’s take a look at Sydney. The international students that want a balance between their personal and academic life, should consider Sydney for their study abroad. Sydney is well equipped with beautiful beaches and is often identified as being the centre for business. Some of the most prestigious Universities in Australia are situated in Sydney and are ranked as the topmost fifty Universities in the world.

The climate conditions of Sydney are known to be very stable compared to other cities in Australia (Melbourne, we’re looking at you!) The high geographical proximity of the city with sea contributes to the beautiful climate all year round. The cost of living in Sydney is very high though, particularly in the city. Suburbs in the inner west are very popular because catching the train is a (usually) a very short trip to head into the city. Suburbs like Newtown, Stanmore, Petersham have fantastic bars and have great nightlife.

Transportation in Sydney can be a bit hectic especially if you plan to drive. Trains and trams are a better option to move around the city and often are much quicker (unless the train has been delayed). Alternatively, a lot of people ride bikes to get around which could be a fun option, particularly if you want to stop and explore different cafes and bars on the go. I highly recommend checking out ferries as well and going or a trip one day, just to say you’ve experienced it! They are cost-effective and show you a different aspect to Sydney.

The Universities situated in Melbourne city are well equipped with modern campuses. RMIT University and Deakin University are some of the prominent ones which are situated in the city of Melbourne. It’s important to note that the weather in Melbourne changes rapidly, and we highly recommend that you carry an umbrella or rain jacket in your backpack for those quick weather changes. On the same day, you could see extreme heat, torrential rain and crazy winds.

In comparison to Sydney, Melbourne is much cheaper to live. Rent is cheaper as are utility costs, however the cost to eat out is much higher. This could be a major reason as to why international students may lean towards Melbourne for their study abroad. The average distance for work is very high in Melbourne, the service of the tram system works out this issue. The tram system is quite advanced and could take some time to get used to, some international students may find difficulty in understanding the system. The trams are far more efficient in Melbourne than Sydney, however Sydney’s train lines seem to be much more efficient than Melbourne’s. Do with that information what you will.

In the end, it all boils down to what your priorities are and what lifestyle you prefer and suits you best! In the best case scenario, you are in Australia! A beautiful country with a LOT to see - and if you’re abroad for more than 6 months, I can guarantee you'll see more of Australia in 1 year than most people that LIVE HERE!

ISIC cardholder travels into Regional Victoria for the weekend!

How To Make The Most Of Spring | ISIC Australia

Here are some hot warmish tips for how to best embrace Spring and everything it promises.

50 Study Tips To Get You Through Exams! | ISIC Australia

On the lookout for some new study techniques to take your grades from Ps to Ds?